The Argentine Grille was a dining destination in Rico, Co for years, bringing in both locals, as well as folks from Telluride, Dolores, and the surrounding area. Chef Eamonn has built his reputation around the happiness of his clientele.

“I know it’s cliché these days, but sourcing is a very strong part of my cooking,” O’Hara said. “That is the most important thing. I feel as though the honesty is reflected all the way to the table. It’s a chef-driven kitchen, it’s not a money-driven operation. I know that the clientele expects that.”

Having been a mainstay in the gastronomical world of the San Juan Mountains, many were dismayed, in the fall of 2015, when the Argentine Grille closed, following the death of Peter Kinnick, who owned the Rico Hotel and The Argentine. Chef O’Hara took a job cooking at Lumière in Mountain Village. It seemed like the end of an amazing era, in Rico, Colorado.

It was both a surprise and a thrill when Telluride Ski & Golf approached him about reopening the Argentine Grille after the ski company purchased the hotel for employee housing.

“It was like, it was done. Then all of a sudden it came back,” O’Hara said. “My god, talk about getting a second chance. Maybe it’s going to be better this time around, too. It’s exciting times; it really is.” 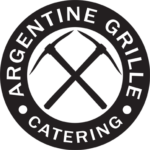 Since The Argentine had amazing name recognition, O’Hara has decided to continue his catering services under the same name.

His goal? To bring The Argentine to you!

The Argentine Grille, re-opened its doors on Thanksgiving 2015, under a new name: Prospector, Modern American Kitchen, which is apropos, considering the town’s history. Rico, CO was settled in 1879 as a silver mining center in the Pioneer Mining District, and remains a tourist destination.

If you drive by, however, you will see that the Argentine Grille sign is still there, beckoning travelers and regulars to come in. Some landmarks are meant to stay.

O’Hara is happy to be back, cooking in the kitchen he’s so familiar with, and serving the clientele he’s cooked for all those years.

And he’s not the only one. Rico resident, Michael Ebert, is an Argentine regular. He and his wife love frequenting the restaurant, which he says is a community hub. “Eamonn’s food is simply the best–anywhere, anytime. The magic words for Barbara and I are, ‘Let’s go to Eamonn’s tonight!’ We’re always rewarded by the delicious soups, entrées, and desserts he fixes with such care.”